The Big 5 Addo Elephant National Park is situated 15 minutes drive from Kudu Ridge Game Lodge in the malaria-free Eastern Cape of South Africa. Addo is a conservation success story and home to numerous mammals, birds, insects and reptiles including the spectacular African lion.

African lions are the only cats that live in groups called prides, family units can include up to three males, a dozen or so females, and their young. All the pride lionesses are related and the young males eventually leave and establish their own prides by taking over another group of females. Research has shown these big cats behave differently in Addo, and similar sized protected areas, compared to those in the Kruger National Park.

The density of lions is lower in Addo, which changes the way that the lions interact. In reserves with a single pride of lions, the females tend to spend less time together than in reserves with multiple prides and numerous males. The lionesses seem less motivated to group together to protect their cubs and territories. They also hunt independently too.

Adult male lions at a similar stage tend to form lifelong coalitions of just two, travelling and hunting together. So in essence the traditional large pride is not as evident in Addo and lion seem to roam more independently of each other. 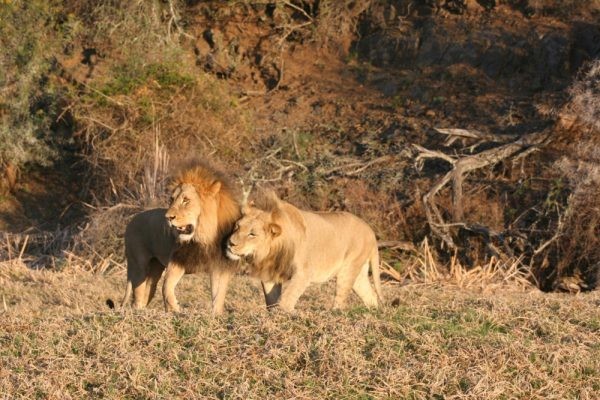 Sylvester the lion was first in the South African news in 2015 when he escaped from the Karoo National Park. For three weeks he roamed over 350 km of the Karoo feasting on 28 sheep, an Nguni cow and a kudu. He was finally caught and returned to the national park with a satellite-tracking collar to monitor his movements. In 2016 Sylvester the lion escaped again, but he was fortunately caught very quickly thanks to the signal from his collar. Sylvester was fondly nicknamed ‘spook’ or the ‘vanishing lion’.

Conservationists suspect that Sylvester fled the Karoo National Park because two older male lions were intimidating him. He never had a pack or pride and was thus in danger of being killed and that’s why he escaped.

To stop Sylvester from going walkabout a third time, South African National Parks conservationists decided to relocate him to Addo. In May 2016 he arrived in Kuzuko, a 15‚000 hectare private concession in the northern part of the Addo Elephant National Park.

Sylvester settled into his new home and quickly bonded with a younger male. The duo roamed freely on the reserve. Conservationists are confident that the males are not under threat and so wont need to escape. 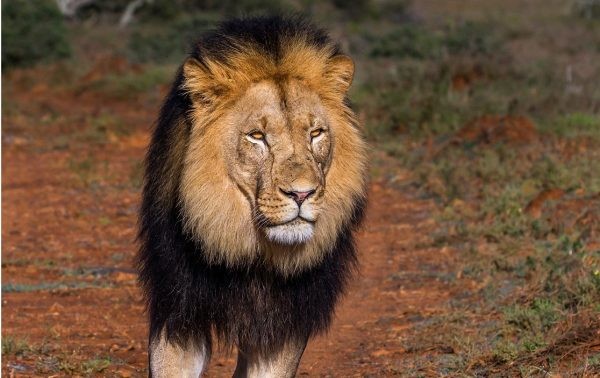 In September 2018, Sylvester fathered two cubs with his mate, Angel. Angel was one of two orphaned sister lionesses that were released onto Kuzuko at the same time as Sylvester and the young male. The four lions formed a small pride.

Sylvester and Angel were seen mating and shortly after she gave birth to a litter of cubs. The reserve rangers kept a close eye on the lions and noted that both Sylvester and the other male provided Angel and the cubs with the protection they needed.

The Kuzoko guides noted that Sylvester and the young male regularly patrolled the Western fence where two older lions lived on the other side. Their weekly routine includes of a couple of days patrol, a hunt, a check-in on their family and then they return to patrolling the fence and their territory again.

We love this Addo conservation success story for Sylvester and his pride! They are proof that conservation should always be the preferred option where culling and zoos may have been other alternatives.